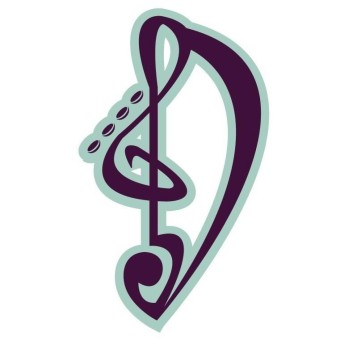 Welcome to my ACF composer page! I hope you'll explore my compositions and come to a performance! If you want to purchase my music, clink on the my Sheet Music Plus page. If you want to listen to my music, go to my soundcloud page. Thanks!

For upcoming performances and a list of works, please visit my composer page at http://adrienneinglis.com.

If you want to ask Adrienne Inglis about learning piano and flute in Berkeley as a child or about her music degrees from Lewis and Clark College and University of Texas at Austin, make sure she's not near a window because she's easily distracted by birds and will stop speaking suddenly if she sees one. So it won't surprise you that her compositions often include bird sounds. Luckily, her family history research draws her to other topics such as her Ojibwe, Venezuelan, Scottish, and colonial roots. Her choral, chamber, and orchestral compositions also sometimes explore nature, scripture, Shakespeare, and bugs. She lives in the rural hill country of central Texas, freelances, and teaches flute at Southwestern University and plays principal flute with the Central Texas Philharmonic. She puts down her binoculars to perform, record, and tour with flute/harp duo, Chaski. As a founding member, she composes and sings with Inversion Ensemble. Adrienne Inglis is a member of the American Composers Forum and A.S.C.A.P., the American Society of Composers, Authors, and Publishers.

As both a composer and performer, I want my music to invite the listener into a shared musical experience in which our common hopes, joys, and sorrows mingle with familiar texts, haunting modalities, and folk rhythms. Weaving voices with harp, flutes, and guitars brings together beautiful aural colors in an acoustical setting. My compositional process usually starts with a carefully selected text of scripture, poetry, or liturgy. The text itself suggests its own rhythmic underpinning, musical architecture, and melodic shape. I may challenge myself to compose in a certain modality or meter that I feel best suits the material. As a member of the music ensemble, Chaski, I collaborate with my colleagues to select, transcribe, arrange, rehearse, and perform programs that inspire mutual understanding and learning. As a composer and singer in Austin's C4-affliated choral collective, Inversion Ensemble, I regularly contribute new works and sing my colleague's compositions.

Shelter in Place (2021) by Adrienne Inglis (ASCAP) sets the poem Shelter in Place by Oregon's 2018-2020 Poet Laureate and Lewis & Clark College Associate Professor Kim Stafford for SSAATB mixed chorus and nature soundtrack. Commissioned by Katherine FitzGibbon and the Lewis & Clark College Choral Program, the new choral work by Lewis & Clark College 1982 alumna Adrienne Inglis with nature soundtrack by Lewis & Clark class of 2021 composition major Chris Clark-Johnson premiered as part of a video concert streamed here on April 28, 2021 at 20:24. Duration 4:46Sheet music is available for purchase here.Mother of All Things (2021) by Adrienne Inglis (ASCAP), commissioned for Inversion Ensemble Da Capo by Becky and Ted Mercado, for treble SAA chorus and harp or piano, sets an excerpt from Eurynome: The Mother of All Things as found in From Great Goddesses: Life Lessons from Myths & Monsters by Nikita Gill.Performances:Inversion Ensemble's Season Six in 2021-22.Santo y Hosanna (2020) by Adrienne Inglis (ASCAP) for chamber chorus and piano, commissioned by Inversion Ensemble for its February 2021 concert, sets the Spanish mass text as part of a multi-movement, multi-composer modern requiem collaboration entitled Be near me when my light is low.Performances:A recorded performance is scheduled for release May 28, 2021 by Inversion, under the direction of Trevor Shaw, with guest pianist Michelle Schumann. Get your tickets here.How Dare You You (2020) by Adrienne Inglis (ASCAP) for mixed chorus, flute, and nature soundtrack dramatizes excerpts from young Swedish climate activist Greta Thunberg’s memorable speech at the United Nations Climate Summit September 23, 2019. The nature soundtrack was recorded by the composer in the hill country of central Texas, summer of 2020. Greta Thunberg at European Parliament 4 March 2020 / CC Performances:  The Aaron Copland School of Music at Queens College of the City University of New York presented the live remote world premiere of How Dare You by the Queens College Vocal Ensemble with flutist Adrienne Inglis under the direction of Prof. James John on May 13, 2021 live streamed remotely online using Jamulus/Syncspace here. It starts at about 01:22:00.How Dare You is dedicated to and will be remotely recorded by Brent Baldwin and Panoramic Voices in 2021.Kindness for solo flute (2020) by Adrienne Inglis (ASCAP) is dedicated to the memory of Sandy Fivecoat (1949-2020) and was performed by the composer at her August 30, 2020 private memorial service. The lyrical phrases and evocative harmonies capture Sandy’s gentle, giving spirit. The Austin music community misses her very much. Duration 2:37Sheet music is available for purchase here.

Heels (2020) for solo voice and piano by Adrienne Inglis (ASCAP), text by Alesiha Force, composed for Inversion Ensemble's Quarantunes project, performed here by soprano Adrienne Pedrotti Bingamon with the composer at the piano

The Song of the Harp Seal (2019) by Adrienne Inglis (ASCAP) for SSA chorus and harp, composed especially for Inversion Ensemble Coda, sets to music Gillean McDougall’s poem of the same name, commissioned by the composer for this project. This work tells the story of a mother harp seal and her pup forced south of their usual Arctic range by the climate crisis. The pup ingests plastic pollution which contributes to her death near the shores of the Isle of Skye. Scottish legend mixes with modern tragedy as mermaids beckon in Gaelic to the harp pup and close by summoning the audience to remember the harp seal.
Duration: 3:40
Sheet music is available for purchase here.
Performances:
Inversion Ensemble Coda presents Aether Earth—conservation nature
10 Aug 2019 at 7 PM at Saint John United Methodist Church, Austin, Texas (world première)
11 Aug 2019 at 3 PM Redeemer Presbyterian Church, Austin, Texas (world première)
Watch live video feed starting 46:05.

Asleep in a Blanket Spun of Energy (2019) by Adrienne Inglis (ASCAP) for a cappella mixed chorus, a setting of We Are Returning Always by Margaret Noodin.
Duration 4:15
Sheet music is available for purchase here.

Innocent Blood (2018) for mezzo soprano solo, SATB, and flute/bass flute and organ, a setting of A Contemplation of God: Massachusetts Bay 1692 by Catherine Colvin, transcribed court records from Salem, Massachusetts, and excerpts from Bay Psalm Book, pub. 1698
Duration 20:00
Sheet music is available for purchase here.
Performances:
Inversion Ensemble concerts
6 Oct 2018 Austin, Texas (world première)
7 Oct 2018 Austin, Texas (world première)
Recognition:
On May 13, 2019, Austin Critics Table announced that Innocent Blood by Adrienne Inglis was nominated for best Original Composition/Score for 2018-19. Inversion Ensemble’s concert I, Too, Sing America, the concert on which it was performed, was nominated for best Concert/Opera performance.
On December 28, 2018, Inversion Ensemble’s “I, Too, Sing America” concert was listed by Robert Faires in the Austin Chronicle as one of Austin’s top ten ten classical music experiences of 2018: “8) I, Too, Sing America (Inversion Ensemble) A history lesson through choral music, speaking to struggles present and past (e.g., witch trials in Adrienne Inglis’ forceful Innocent Blood), with the choir's united voices ever a symbol of e pluribus unum.”
"I enjoyed the concert very much. And congratulations to you on your work, Innocent Blood. Having read about it in your invitation, I knew what to expect, but I was unprepared for how strongly it resonated in the midst of the Kavanaugh hearings. Seeing a single woman being interrogated by a group of men predisposed not to believe what she had to say and not willing to change their minds no matter what she said was especially chilling. How little has changed in three centuries. I also appreciated the theatrical flourishes you incorporated; they added to the isolation and persecution of Page's character and to the overall impact of the work." --Robert Faires, Austin Chronicle, October 2018

Pájaros for solo flute and strings (2017) captures the springtime songs of many Texas Hill Country birds, including the beloved Golden-cheeked Warbler, and sets them to flirtatious Latin rhythms, duration about 6:00.
Performances:
Balcones Community Orchestra with director Robert Radmer and flute soloist Adrienne Inglis present the world premiére performance 17 Sep 2017 at Lakeway Activity Center, Lakeway, Texas (https://soundcloud.com/adrienne-inglis/pajaros)
Pájaros was also performed at the Inversion Ensemble concerts 30 Sep 2017 in Austin, Texas and 1 Oct 2017 in Pflugerville, Texas (https://soundcloud.com/adrienne-inglis/pajaros-for-solo-flute-and-strings-performed-by-inversion-ensemble)
Recognition:
Pájaros was selected as one of 55 finalists chosen from almost 2200 entries from 76 countries in the Kaleidoscope Chamber Orchestra 2018 Call for Scores.

Letters to Faith (2017) SSAATTBB a cappella, a four-movement setting of excerpts from letters written by the composer's grandparents to her aunt Faith, duration 7:30
Performances:
Inversion Ensemble (world première) 3 Jun 2017, Austin, Texas
The Sunshine of Your Smile from Letters to Faith was performed by Chorus Austin with conductor Ryan Heller at its Southwest Voices concert, which won the Austin Critic's Table Award 2017-18 for Classical Music Concert/Opera
5 May 2018 at St. Matthew's Episcopal Church, Austin, Texas
6 May 2018 at St. Paul Lutheran Church, Austin, Texas

Do Not Be Afraid, Mary (2004) SATB with optional keyboard accompaniment, setting of annunciation scene, Luke 1:26-45,
Duration 1:40
Sheet music is available for purchase here.

Bendición (Blessing) (2001) is a Bolivia sikuriada based on the Taizé piece Bless the Lord by Jacques Berthier.