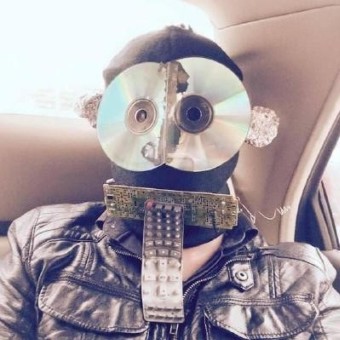 ALBAN BAILLY is a mulit-faceted instrumentalist and composer who studied composition, jazz and improvisation in France. He performed regularly in Europe before moving to the US in 2005.Alban began his musical path by playing rock in his youth. He moved onto studying Jazz, which opened him to free improvisation in the late nineties. In 2001 he studied Arabic music and oud in Marrakech, Morocco. Alban then moved to Nancy, France, and became an active performer, playing solo and together with performers (Music, Dance, Projections etc ) in Europe.Currently a resident of Philadelphia, he continues to be in demand and has performed extensively on the east coast. He has been fortunate to play with many wonderful musicians in various settings (Jack Wright, Ron Anderson, Carol Genetti, Fred Lomberg Holm, Alvin Curran, Tony Buck, Jack Wright, Alex Waterman, Martin Tetrault, Eve Risser, Mark Sarich, Helena Espvall, Andrew Drury, and many others).He has been a part of the improvised music scene both in Europe and US performing bowed acoustic guitar and toured the in US and Canada with Jack Wright, Mark Sarich and Heddy Boubaker among others.He is the guitarist for the contemporary tango group Oscuro Quintet, for which he’s also written several pieces.Alban is also a collaborator of the dance company Da Da Dance for which he composes electro-acoustic music and performs regularly.