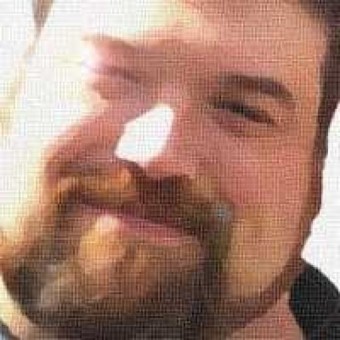 Chris Gennaula composes works of musical-theater and sacred music. He has an interest in computer generated composition and music. In the Minneapolis, MN area he has had works performed at the Baslica of Saint Mary, The Loring Playhouse, the Nautilus Rough Cuts Series, and the Minnesota Fringe Festival. His computer music has been presented at the International Computer Muisc Conference and the Sonic Circuit Series.Mr. Gennaula is a native of southwestern Pennsylvania. He holds degrees in music from the Eastman School of Music and the University of Illinois at Champaign/Urbana as well as a degree in computer science from the Rochester Institute of Technology. During his student days he held positions at the Eastman Computer Music Center and the UIUC Computer Music Project. He has also studied privately with Libby Larsen.As a Computer Software Professional, Mr. Gennaula has worked for Cray Research, Inc. and Silicon Graphics, Inc. He currently works at Cassatt Corporation which specializes in the automation of large, diverse data centers. Mr. Gennaula lives in Minneapolis, MN with his wife, singer-actress Wendy Gennaula, and their two sons.

Writing music is about communication!

The Ballad of Mary Mallon, a musical tragedy: A collaboration with writer Daniel Pinkerton. Presented on the Latte Dark Series at the Loring Playhouse.

You Must Pray for the City, for large choir, organ, brass, and bells. Performed at the Basilica of St. Mary for the celebratory mass on the 75th anniversary of its elevation to Basilica

It's Just A Job! a musical revue, performed at the Minnesota Fringe Festival.