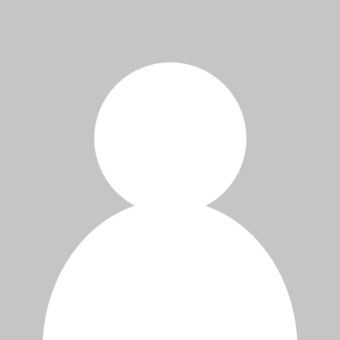 Born in Honolulu in 1954, Van Zandt grew up in California. He became a musician early in life and plays saxes, keyboards and guitar. He has a BA (1976) in Music Composition and Theory from the College of Creative Studies at University of California Santa Barbara, where he studied composition with Peter Racine Fricker and Thea Musgrave and electronic music with Emma Lou Diemer. He completed three years of graduate study at Cambridge University, England, where he studied composition with and was teaching and musical assistant to Professor of Music Alexander Goehr. In 1977 he was awarded a scholarship by the British Broadcasting Corporation (BBC) to attend the Dartington Summer School of Music to work with Sir Peter Maxwell Davies.

Van Zandt spent nearly 20 years living, composing and working in England, Ireland and continental Europe. Throughout the 1980s, he worked in music publishing as an arranger and orchestrator, taught music theory and art history in an Irish high school, and was the music director of a regional arts center in Ireland. During the 1990s, he held the position of editor-in-chief of a trade book publishing company, commissioning, assembling, publishing and editing hundreds of books. He also designed dozens of large-format art and photography books. More recently he has designed and written web content; and written and developed educational products in the subjects of music, art, science and history.

Since returning to California in 1999, Van Zandt has composed more than 75 new acoustic, electroacoustic, electronic and experimental computer-controlled musical and pure sound works. He has dedicated a significant portion of his time in the past five years transitioning from a purely aural to a new media artist. To that end, he has developed new media creation concepts, methods and computer programming derived from the tools and techniques of music composition, as well as mathematics and the natural and physical sciences. He utilizes these concepts and applications to create organic environmental experiences and ambient enhancements that are manifested through interconnected displays of a wide variety of forms of sound and light. He has assembled a team of technical specialists and fellow artists to collaborate in producing new media installations for all types of public spaces and gallery exhibitions. He recently moved to the Los Angeles area where he composes music for television, advertising and film productions. Van Zandt joined the American Composers Forum-Los Angeles Board of Directors in 2012, and is currently president of the chapter.

From the Far to the Far Beyond (2004)
Three Poems for Chorus (SATBarB)
I: Mandakini; II. The Secret Journey; III. The Stream of Life
Text by Tagore
24 minutes

The Stars Look On (2003)
Aria for Soprano with:
Version A: Computer Processed Sounds. Version B: Chamber Orchestra
Text by Tagore
8 minutes

The Labyrinth of Solitude: A Chaconne for Solo Cello (2000)
19 minutes

My philosophy of composing is simple: I try an keep an open mind and gratefully accept whatever inspiration I get from whatever source and go with it, trusting in my skills, hard work, and joy of the craft to make the best work that I can.