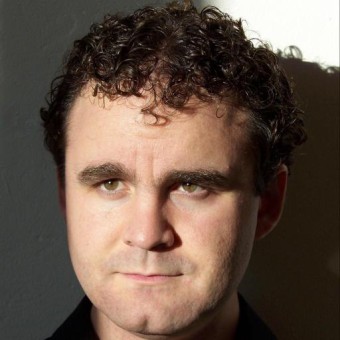 A native of Gettysburg, Pennsylvania, Joseph Gregorio is equally at home composing and conducting.  Gregorio’s compositions have been commissioned by numerous performers, ensembles, and organizations including Cantus, the American Choral Directors Association, The Esoterics, and the Ives Collective.  His music has been broadcast on American Public Media’s Performance Today and WQXR’s Choral Mix, has garnered prizes in several competitions, and has been performed in the United States and abroad by numerous and renowned soloists and ensembles at such venues as the Lincoln Center, the Kennedy Center, Jordan Hall, the National Cathedral, and the Basilica di San Marco in Venice. Gregorio was  selected as a 2015 grantee by the Ann Stookey Fund for New Music; he was also named the 2011-2012 composer-in-residence of New York City ensemble Choral Chameleon.  His music is published by Areté Music Imprints, E. C. Schirmer Music Company, Walton Music, and Imagine Music Publishing, and has been recorded by the choirs of the St. Olaf Christmas Festival, Concerto Della Donna, the Washington Men’s Camerata, the John Alexander Singers, the Philadelphia Gay Men’s Chorus, the Penn State Glee Club, the Rutgers University Glee Club, the Cornell University Glee Club, The Capital Hearings, and Duo Del Sol.

Also active as a conductor, Gregorio is director of choirs at Swarthmore College. From 2011-2016 he directed chamber choir Ensemble Companio, which he founded in 2011 and which won the 2012 American Prize in choral performance.  Gregorio has co-conducted the Yale Recital Chorus and the Yale Repertory Chorus, and has guest-conducted the Swarthmore College Orchestra, the Cornell University Glee Club, and the Mansfield University Concert Choir. He served from 2004-2006 as the assistant conductor of the San Francisco Conservatory Chorus, and was assistant conductor of the San Francisco Bach Choir from 2005-2007.

Gregorio has studied composition with Steven Stucky, David Conte, Richard Brodhead, and Matthew Greenbaum, and undertaken additional study with Alice Parker.  He holds a M.M. in composition with departmental honors from the San Francisco Conservatory of Music, a M.M. in choral conducting from Yale University, and a B.A. magna cum laude in music from Cornell University.  While at Yale, he studied with Marguerite Brooks and Simon Carrington, and received the Edward Stanley Seder, Richard French, and Hugh Giles prizes in choral conducting; while at Cornell, he was the recipient of the Ellen Gussman Adelson scholarship in music.  Gregorio has participated in the Oregon Bach Festival’s Composers’ Symposium and the summer program of the European American Musical Alliance.  He was a professor of music theory and musicianship at the San Francisco Conservatory of Music from 2008-2009.  He also taught music theory at Temple University from 2011-2012, where he is presently a candidate for the D.M.A. in composition and was the recipient of a Presidential Fellowship.