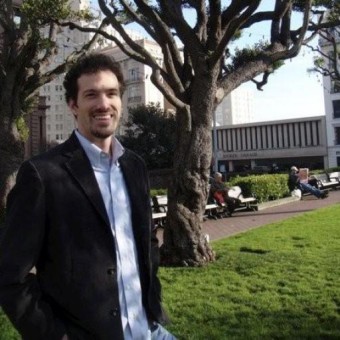 Paul Gillespie is a tenor saxophonist, composer, and music educator who performs improvised music throughout the Seattle area as a member of the Jazz Police, PGM Trio, and Jim Cutler Jazz Orchestra. Paul appears with others as a freelance musician and was honored to join Daniel Barry’s Celestial Rhythm Orchestra in a 2014 Earshot Jazz Festival performance at the Seattle Art Museum.

Paul Gillespie is a National Board Certified Teacher and teaches instrumental music and International Baccalaureate Music in the Bellevue School District in Bellevue, WA.

Paul received a B.A. in Saxophone Performance, Jazz Studies from Indiana University, Bloomington (1999) and a B.M. in Music Education from the University of Washington, Seattle (2008).

Three Movements for Piano and Orchestra (2017)

Music for Percussion and Piano (2016)

Octet for Winds, Strings, and Percussion (2013)